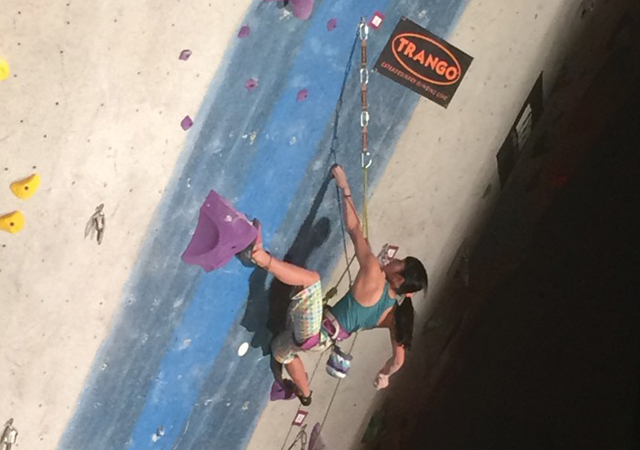 Both Delaney Miller and Ashima Shiraishi had flashed the women’s finals route so setters added a few foot chips to the men’s finals route, allowed them some flash beta which gave them an advantage over the men’s onsight format, and then set the two young crushers loose on the route to break the tie. Cruxcrush wrote, “Ashima climbed that route using maybe 1 or 2 of the additional foot chips they placed for her, reaching the same high point as the men’s winner (another young gun, 14-year-old Kai Lightner)! So essentially, this 13-year-old phenom out-climbed Daniel Woods, and Vasya Vorotnikov, two of the strongest climbers in the world AND she made it look easy! Just incredible. This was actually Ashima’s first ever ropes competition, and if this is any indication of what’s to come, we’d say the ropes comp circuit had better watch out!”